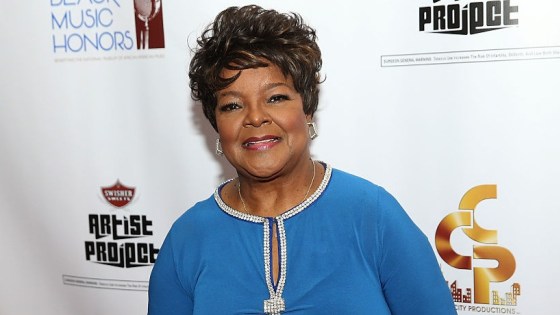 Shirley Caesar is suing DJ Suede in the wake of the #UNameItChallenge.

Caesar claims that one of Suede’s videos is “violat[ing] the brand, image and name of a Christian pastor” because of its images of alcohol and other images used.

Caesar’s lead attorney, James Walker, claims that Judge Glenda Hatchett agrees with Caesar’s claims that the song has cost her up to $5 million and that it jeopardized a deal that she was going into with Snoop Dogg, with the proceeds from such a project going to help the hungry.

“DJ Suede and his management were in conversations with her lawyer. They didn’t reach an agreement and they put it out anyway,” Hatchett said.

While initially, the remix video was a hit with Caesar, the second video made by Suede had been put out without their knowledge, Walker claimed.

“Unknown to us, he made the second video,” Walker said.

The injunction had been filed against DJ Suede, Jullian Boothe and Empire Distribution as Caeser tries to stop the video, which is being sold on iTunes.

On the other hand, the video Snoop posted at the height of the craze was clean and had no lewd elements, and Caesar appreciated that version.

“Snoop did his clean version to send the message that ‘this is Shirley Caesar’, We need to honor her,’” Walker explained

Popcorn With Zenger: ‘Without Remorse’ Fails To Bring New Life To An Old Story