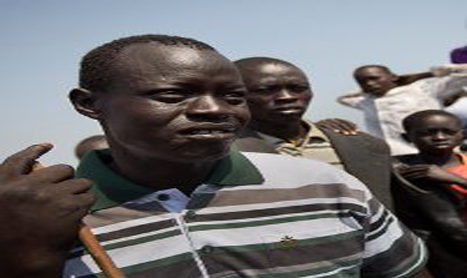 (GIN) – South Sudan may be barely on the radar screen for most Americans but a bitter split in the ruling coalition threatens to make it one of the worst humanitarian disasters in Africa.

Over 1,000 people have been killed and 200,000 displaced in fighting by rival militia with reports of ethnically motivated atrocities by both sides. It is feared South Sudan could become another black mark for American policy on the continent.

“South Sudan is in many ways an American creation,” explained a Washington correspondent for The New York Times this week, “carved out of war-torn Sudan in a referendum largely orchestrated by the United States, its fragile institutions nurtured with billions of dollars in American aid.”

South Sudan was also the starting point for an exodus of some 20,000 young boys and girls of the Nuer and Dinka ethnic groups who fled fighting during the second Sudanese Civil War.

They traveled by foot for years in search of safe refuge, on a journey that carried them over a thousand miles across three countries to refugee camps in Ethiopia and Kenya and in various villages in South Sudan.

Over half died along their epic journey, due to starvation, dehydration, sickness and attacks by wild animals and enemy soldiers.

Approximately 3,800 Lost Boys were allowed to resettle in the U.S. Since independence was declared in 2011, many have been returning to re-start their lives in the new nation.

Andrew Bith Abui, 32, was a graduate with honors from a community college in Nebraska. An American citizen who planned to become a police officer, he could not wait to participate in building the new South Sudan, his teachers said. He recently returned to visit his home in Pariang County in Unity State to reconnect with his family and make arrangements for his marriage.

After the fighting began last month, a relative, Simon Nygok Deng, 32, was waiting in the capital city, Juba, refusing to evacuate without Mr. Abui, when he received a call from a satellite phone. A local official informed him that Mr. Abui had been killed.

“They attacked the village and overran the police,” Mr. Deng said. “They killed anybody just because they belonged to another tribe.”

Meanwhile, Mahmood Mamdani, director of the Makarere Institute of Social Research, faulted the 8-country political leadership in the region, known as IGAD. “They have made things worse by calling on the two sides of the conflict to negotiate, while brazenly supporting the (President Salva) Kiir faction, where necessary, with troops. Uganda has taken the lead in this.”

“Neither external nor internal conditions for peace are possible,” he warned, “without a change of political perspective in IGAD and the region and a new political leadership in South Sudan.”