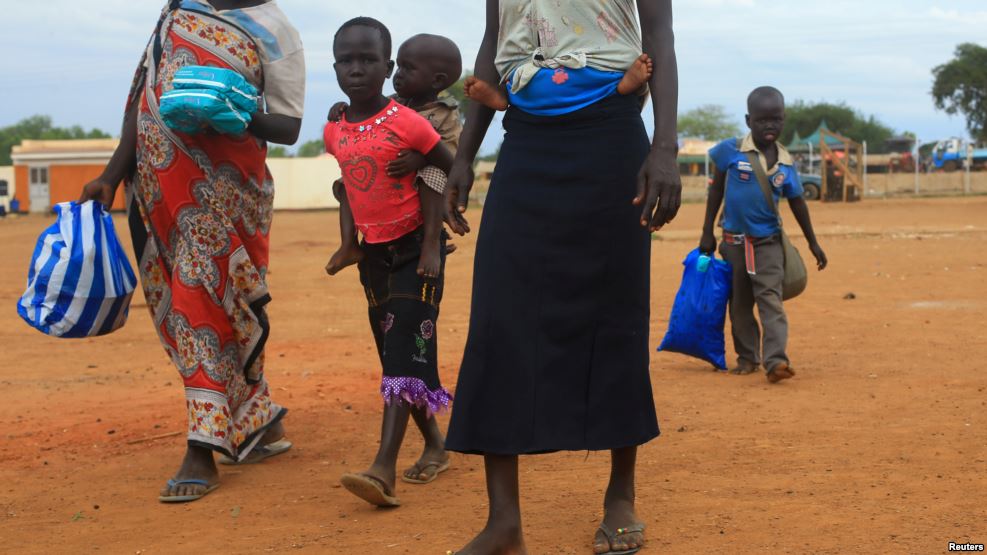 South Sudan’s First Vice President, Taban Deng Gai, is urging international donors not to abandon South Sudan “at this critical time” as fighting continues across parts of the country. The world’s newest nation also faces a humanitarian crisis, as thousands of people have fled to neighboring countries.

“The humanitarian situation in South Sudan is appalling,” Deng said Thursday in remarks to the United Nations General Assembly in New York.

“The major cost of this humanitarian catastrophe [since] 2013 is the displacement of people” due to fighting between government forces and the opposition, Deng added.
Fighting this year in the areas of Wau, Raja and Juba has aggravated the situation, the vice president said. He also blamed the region’s problems on heavy rains that have caused floods and displacement in greater Upper Nile and greater Bahr al Ghazal regions.

At the same time, Deng insisted that the security situation overall is relatively calm in South Sudan. He told the representatives of U.N. member states assembled for their annual meeting that internally displaced persons are moving back to their homes in Juba and Bentiu. However, he admitted there are many remaining obstacles before the country can be considered at peace and secure.