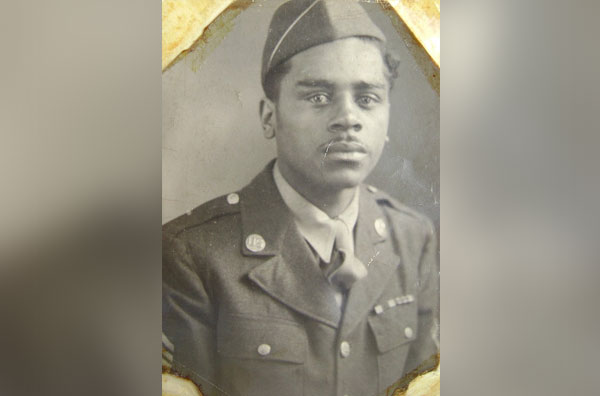 From (Black PR Wire) WASHINGTON– The Netherlands American Cemetery and Memorial in Margraten honors the names of 1,722 missing American World War II soldiers and contains the graves of 8,301 servicemen. Of those fallen soldiers, 172 were African-American. While their name, rank, unit, hometown and date of death is readily available, little else is known about the African-American soldiers before they joined the US Army and helped liberate the Netherlands.

Dutch public historian Mieke Kirkels would like to change that. “It’s about time we learn about the 172 African-American liberators,” she said. “We can’t change the fact that their service was not widely acknowledged, but we can honor them by telling who they were before and during the war.”

The southern tip of the Netherlands was liberated in the fall of 1944. Soon after, the US Army began building the cemetery in Margraten. Many of the soldiers who built the cemetery were African-Americans who worked as truck drivers and grave diggers in the Quartermaster Corps. One of these men was Dr. Jefferson Wiggins, a soldier in the 960th Quartermaster Service Company. Through interviews on Dutch television and the book, “Van Alabama naar Margraten” (From Alabama to Margraten), Dr. Wiggins shared his memories of serving in a segregated US Army and his time in Margraten.

Dutch people have never forgotten the American soldiers who liberated them, which is why every grave at Margraten is adopted by a Dutch family that tends to the graves throughout the year. Over time, many Dutch families have contacted the families of the service members whose graves they adopted, but information on the 172 African-American soldiers is sparse.

“It’s important that we also mark the contribution of African-American soldiers to the liberation of the Netherlands. Their specific role and circumstances have not received the recognition they deserve. Now that there is still an opportunity to speak with their relatives and next of kin, the Embassy of the Netherlands is most happy to assist where it can in the search for information,” said Henne Schuwer, the Dutch Ambassador to the United States.

The Search for the 172 African-Americans of Margraten

Mrs. Kirkels said some of the 172 African-Americans of Margraten were identified as “Negro infantry volunteers.” In December 1944, troop shortages made the US Army open up the infantry to African-Americans. About 2,200 “Negro volunteers” were selected for infantry training. After training, 37 African-American infantry platoons were added to existing infantry and armored divisions in March 1945.

Private First Class Willie F. James of Jackson County, Missouri, served in the 104th Infantry Division as an infantry scout. He was killed in action on April 7, 1945, near Lippoldsberg, Germany, and is buried at Margraten. In 1997, together with six others, PFC James was posthumously awarded the Medal of Honor for his heroism during World War II. Until that time, no African-American service member of World War II had been awarded a Medal of Honor.

As World War II came to a close, more African-American soldiers were buried at the Netherlands American Cemetery. But after an enormous repatriation that started in 1947, the bodies and or the names of the missing of 172 African-American liberators remain at Margraten. These men hailed from Alabama, Arkansas, California, Colorado, Connecticut, the District of Columbia, Florida, Georgia, Hawaii, Illinois, Indiana, Kentucky, Louisiana, Maryland, Massachusetts, Michigan, Mississippi, New Jersey, North Carolina, Ohio, Oklahoma, Pennsylvania, Rhode Island, Tennessee, Texas and Virginia. A complete list of the soldiers can be found at BlackLiberators.NL.

While 900,000 African-Americans served in the US Army during the war, the popular image of an American World War II serviceman in the Netherlands is that of a white soldier. The website, BlackLiberators.NL, is seeking any information, such as mementos, letters or photos, to help complete the picture of their lives. It will be used to expand the knowledge of the soldiers not only in the Netherlands, but in the United States as well.

Mrs. Kirkels believes it’s a story that must be told for families of the relatives, for the legacy of the liberators, and for all people. “We know that these families are out there. David McGhee, the grandson of Technical Sergeant Willie F. Williams of Connecticut, found his grandfather’s grave at Margraten two years ago,” she said.

The Netherlands is a trading nation that continues to blossom from a culture of innovation and entrepreneurship, and that is rooted in the strong beliefs of security, freedom and justice. For more than 400 years, the Netherlands and the United States have shared a deep bond founded on joint values and history. Our economic ties create jobs, sound investments, and promising opportunities on both sides of the Atlantic. Simply said, the Netherlands and the US have a partnership that works.

The Netherlands diplomatic network in the US promotes strong bilateral relations between the United States and the Netherlands, especially in the areas of agrifood and horticulture, water management, sustainable urban planning, peace and justice, and creative industries. Read more on www.nlintheusa.com and follow us @NLintheUSA.