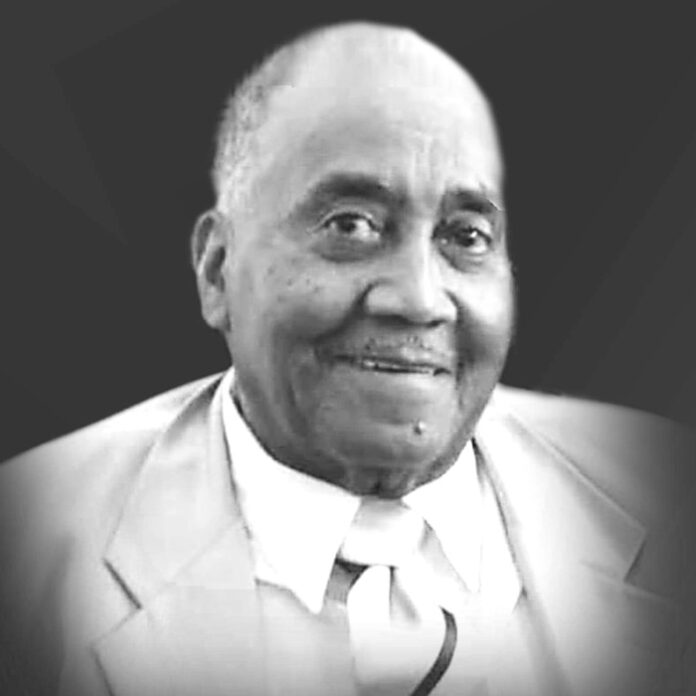 Tilmon Jackson was born January 25, 1921 in Marquez, Texas to Van Jackson and Equilla Anderson Jackson. He was the third of seven children. The Jacksons were a loving, close-knit family who picked cotton from sun-up to sundown. They lived on a farm located between Dallas and Houston. One day, Tilmon and his brother Selma decided they’d had enough of picking cotton. So, they quit school, left the farm, and fled to Houston on a freight train and never again picked cotton.

While working in Houston, Tilmon met and married the love of his life, Helen Terrell. They relocated to San Diego, California to start a new life. They were blessed with three sons. Tilmon joined Laborers International Union 89 in 1959 and worked for DPR Construction to support his family. He retired in 1983.

Tilmon united with Mt. Erie Baptist Church and became involved with The Progressive Baptist District Association for over 55 years. Pastor Walter G. Wells occasionally shared their heartwarming and life-changing Mt. Erie rooftop repair story. Bro. Jackson actively served as an Usher, Deacon, a key contact for Mt. Erie funerals, participant in Sunday School, and was honored with an award in 2019.

Tilmon maintained strong Jackson family values and practiced the faith God planted deep inside of him. Tilmon deeply loved his wife, Helen, (married over 65 years) was a devoted provider and a dedicated servant of God. It is now his time to receive his crown and live eternally with his Savior and King, Jesus the Christ.