Home Opinion and Commentary Unearthing The Great Divide in Healthcare 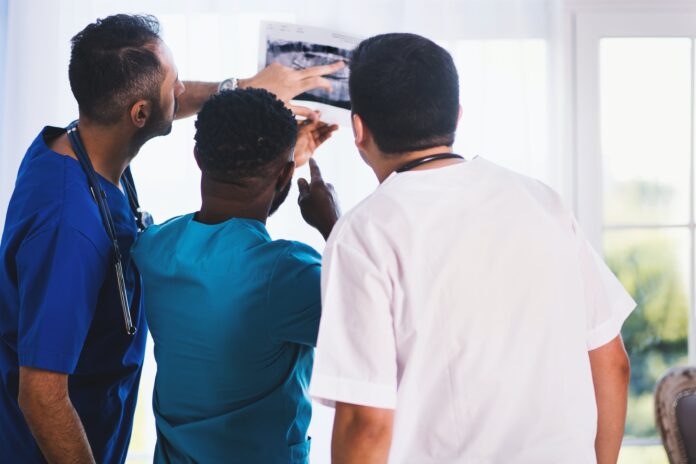 Today there is a significant move to vaccinate the population. Yet several factors, including the availability of vaccines, remain. Populations that have been most affected have been the least likely to receive the vaccine. In San Diego County approximately 2.1% of the black population has received the vaccine. In the Hispanic population there has been approximately 12 to 13% of those vaccinated, nowhere near the population it represents in the county, which is between 33 and 34%. Even if we look at health care workers, including everyone from physicians and nurses to the maintenance crews and cooking staff and all the others that keep the hospital running, there appears to be an equity problem.

It has been reported that older African-Americans are more receptive to receiving the vaccine yet the numbers belie that fact. There certainly are other reports that suggest quite the opposite. Access and availability have been key issues, and the CDC reported that among the first 13 million vaccinations given, approximately 50% have been to non-hispanic white females above the age of 50.

The American Medical Association has stated, “Marginalized and minority patients have and will suffer disproportionately during the COVID-19 crisis due to the inequities in society perpetuated by systemic practices.” The County of San Diego has stated, “Racism is a Public Health crisis.” That has been the conclusion of multiple public health studies over more than three decades. We know that health care inequities, at their very core, are due to systemic racism, yet we continue to do things as we always have. Testing in the community only came after political pressure and now we have a vaccination site at the Tubman Chavez Center two days a week from 9:30 to 3:30. Yet other areas have testing 5 days a week for at least 8 hours. Really?! In terms of lip service to equity, actions and results speak for themselves. This is not just a problem here in San Diego but nationwide and COVID-19 has unearthed the great divide we see in healthcare among those of color.

The motto for COVID-19 in this country has been, “We are all in this together.” However, early on in the pandemic, once 45 knew who was dying, he paid little attention to the crisis. Now we have lost over 460,000 Americans to this crisis. We are now essential – if we are ever to get to 70 to 85% of the population either vaccinated or to have had COVID-19 with antibodies – to develop herd immunity.

How do we make that jump given the legacy of healthcare in the African American Community extending back through slavery to the current time? Acknowledging the wrongs of the healthcare system in the past, including the Tuskegee experiment, Henrietta Lacks and other experiments on black bodies, would be essential. We still see the difference in treatment of African-Americans in the healthcare system. We see it in pain management, cardiovascular disease, and Obstetrics & Gynecology to the point that being black and pregnant is a hazard to a female of color’s life. Herein lies some of the issues of trust, which must be addressed in order to get full cooperation among people of color and the poor in order to reach herd immunity. Developing trust is doing things differently. Doing things that say you “care”, and not doing things simply because you can.
Acknowledging the pain and hurt of the past and saying what you are going to do and proving it by your actions. Trust can be developed but it must be: trust and verify. Medical racism exists and has been part of the fabric of this country that must be acknowledged in order for us to move forward. We must move forward beyond stating that, “We are all in this together”, and prove it by deeds and action and not by words.