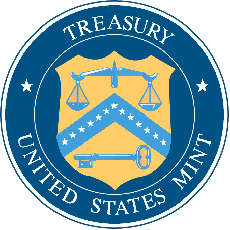 CHARLESTON, S.C. (AP) _ A South Carolina civil rights leader and activist is being honored with a collectible coin issued by the U.S. Mint.

The $1 coin depicts Septima Poinsette Clark marching with three Black students carrying books and an American flag, “representing that education and literacy among oppressed people is necessary for empowerment and enjoyment of civil rights,” The Post and Courier of Charleston reported.

It’s part of an ongoing series called the American Innovation $1 Coin Program that pays tribute to pioneering individuals and groups, and their inventions and accomplishments, from all 50 states, the District of Columbia and U.S. territories. Four coins are made each year, through 2032.

“Septima Clark was one of the concepts that was proposed by the governor’s office and presented in design form to the advisory committees,” U.S. Mint spokesman Michael White said. “In the end, the committees and the governor agreed that the selected design was the best option to represent South Carolina in this program.”

The coin’s imagery was created by Utah-based artist Justin Kunz.

Clark was born in 1898 and died in 1987. Her father had been born a slave; her mother was a laundrywoman. Growing up in Charleston, her parents emphasized education and economic uplift. Clark attended the Avery Normal Institute, then launched a productive teaching career.

She joined the NAACP during the World War I years so she could add pressure to the city of Charleston to install African American teachers and principals at Black public schools. During the World War II years, while living in Columbia, Clark fought with the NAACP for equal pay for Black teachers. She went on to form “citizenship schools,” first under the auspices of the Highlander Folk School, and later with Martin Luther King Jr.’s Southern Christian Leadership Conference. The schools taught reading and civics to prospective Black voters, first on Johns Island and then throughout the South.

In 1969, she lent support to Charleston’s hospital workers who were striking for fair pay and treatment. She remained active in Charleston throughout the 1970s, winning a seat on the school board and achieving recognition from President Jimmy Carter.

Millicent Brown, a community activist and former history professor at Claflin University, said recognizing Clark on a commemorative coin is a nice honor, though it likely reaches a limited audience.

“If that helps to educate more people, both in and outside of South Carolina, about her work and the issues she promoted, then fine.” Though she is wary of small public courtesies meant to appear grand, she added. “If there is not some tangible, ongoing commitment to her work, then it becomes just a perfunctory gesture.”

Brown does not expect the U.S. Mint to do more than produce the coin, but she hopes the memento can become part of a larger push for justice.

Sometimes honoring historical figures publicly can be interpreted as cynical or insincere, Brown said. For example, renaming the Crosstown _ the roadway that, when built in the 1960s, decimated the predominantly Black community on Charleston peninsula _ the “Septima P. Clark Expressway” seems particularly paradoxical, she said. Or naming streets after local Black residents but failing to repair the potholes or address the flooding they endure comes across as an empty compliment, she said.

“We hope that if you name a street for somebody in an economically depressed area, that street sign is supposed to open the door to considering the condition of the people living on the street,” Brown said. “All too often we don’t take those next steps.”

Honoring Clark with a road or a coin might be a cause for celebration if officials took the opportunity to put the educator’s advocacy work and legacy into action, she said.