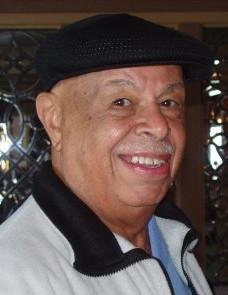 Walter Horne was born to the union of Ethel Newbill and Walter Horne Sr. on February 3, 1937, in San Angelo, Texas. The family moved to San Diego, California, in 1938.

Walter completed his formal education in the San Diego Unified School District. After graduating high school, Walter enlisted in the United States Army, where he served 3 years after he later enlisted in the Army Reserves for another 4 years.

On Walter’s return to San Diego, he was employed at Lucky Foods, which later changed to Albertsons, as a produce manager. Walter retired from there after 31 years of service.

Walter loved sports and was a loyal Charger and Padre fan; he always supported his home teams. Some of his favorite pastimes were watching the horse races, playing the slots, and listening to smooth jazz by Miles Davis. Walter was also an avid viewer of MSNBC.

Walter traveled the world on the many cruises he took with family members. One of the most famous attractions he witnessed was the locking system on the Panama Canal lifting ships up 85 feet to the elevation of the canal. Walter took many pictures of this process and was devastated when the photoshop lost his film.

Walter is preceded in death by his parents, Ethel and Walter Horne Sr., and Sisters Betty Washington, Ethelene Terry, and Barbara Edwards. He leaves to cherish his memory: his sister Shirley Cooper of San Diego, CA, brother Bernard Fletcher of Orville, CA, and many nieces and nephews.