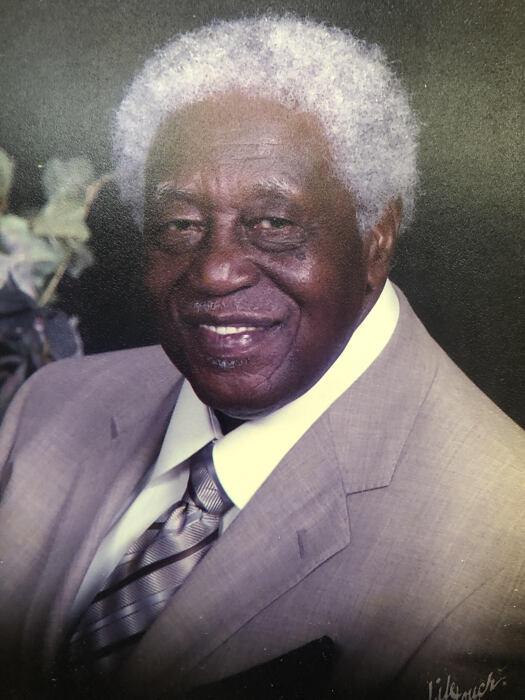 Funeral services were held on June 4, 2022, at Christ United Presbyterian Church with the burial following at Cypress View Mausoleum. Final arrangements were entrusted to Anderson-Ragsdale Mortuary.

William Bryant Ponder was born on February 21, 1927, in Greenville, Texas, to Benjamin F. and Pauline Ponder. He was the youngest of four siblings. He was raised by his parents in Baytown, Texas. Buck attended George Washington Carver High School and went on to attend Jack Yates Junior College in Houston.

William’s family moved to San Diego and attended San Diego City College and then enlisted in the US Air Force. This sent him to live in northern California where he would meet the love of his life, Mary Louise Parker.

Buck and Mary owned and operated a residential board and care facility. They were dedicated members of their church and very active in social organizations to improve our society.

Mr. Ponder was a deacon and elder at Christ United Presbyterian Church of San Diego, where he also served on the usher board and was the Superintendent of Sunday School and the Men’s Fellowship. Mr. Ponder also participated with the finance and building committees and was honored as Father of the Year.

Bro. Ponder was on the Grand Lodge Committee for Black History. He also joined the Ada B. Cleveland Chapter #71 O.E.S. P.H.R.A. and served as Worthy Patron. Ponder was a member of the American Legion and belonged to the Veterans of Foreign War Dennis T. Williams Post 310. He was a member of the George Stevens Senior Center and AARP.

In addition to his children, William B. Ponder leaves 10 grandchildren, 11 great-grandchildren, and a host of nieces, nephews and friends who mourn his passing but have hope in his new life with Christ.