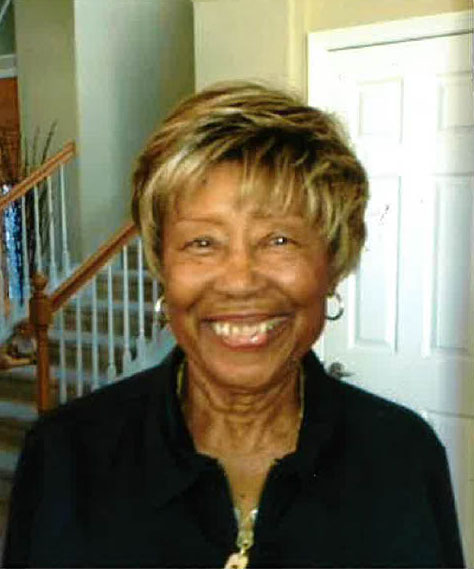 Wyoline Jayne Morton was called home to be with the Lord at the age of 99 on Friday, September 23, 2022, at St. Paul’s Villa in San Diego, CA. Wyoline was born on November 1, 1922, in Nogales, AZ. She was the eldest daughter of Ethel Mae and Isaac Booker, and along with her younger sister Bettie Louise, Wyoline grew up in San Diego, CA.

Wyoline met her second husband, Joe Morton, and they were married for over 30 years. Joe was a Navy Chief Petty Officer and served as a Navy Recruiter and Submarine Engineer. The family lived in Indianapolis, IN, Groton, CT, and San Diego and would often travel together, seeking new experiences to broaden the perspectives of their children. Wyoline especially loved and doted on her grandchildren. She also had a great sense of style.

Wyoline was a second-generation, faithful and active member of Bethel Memorial AME Church since 1936 in San Diego. She served as a Missionary for many years and was so proud of her position. She was also an active member of the San Diego Red Hat Society. One of her many pleasures was walking at Chollas Lake with her friends and family and going to the Senior Center. Wyoline had a giving nature, a wonderful sense of humor, and a deep sense of loyalty to family and friends. She was always there to brighten the lives of others.

She was very proud of having graduated from San Diego City College and earning her Associated Arts degree in Spanish.

She will be greatly missed by all who knew and loved her. She was preceded in death by both her parents, her beloved sister, Bettie Louise Booker, and Joe Morton. Wyoline is survived by Irene Williford, cousin, who resides in Southfield, Michigan; her son, Hilliard Michael Bernard Morton, and his wife Sonia of San Diego; her daughter, Rickey Jayne Vignati and her husband Giovanni Vignati, who reside in San Diego.

She is also survived by her grandchildren, Rickey Michelle Morton and Ashley Marie Morton, and dear friends who will mourn her passing, yet celebrate her life.

Twilight and evening bell, And after that the dark! And may there be no sadness of farewell, When I embark. Alfred, Lord Tennyson