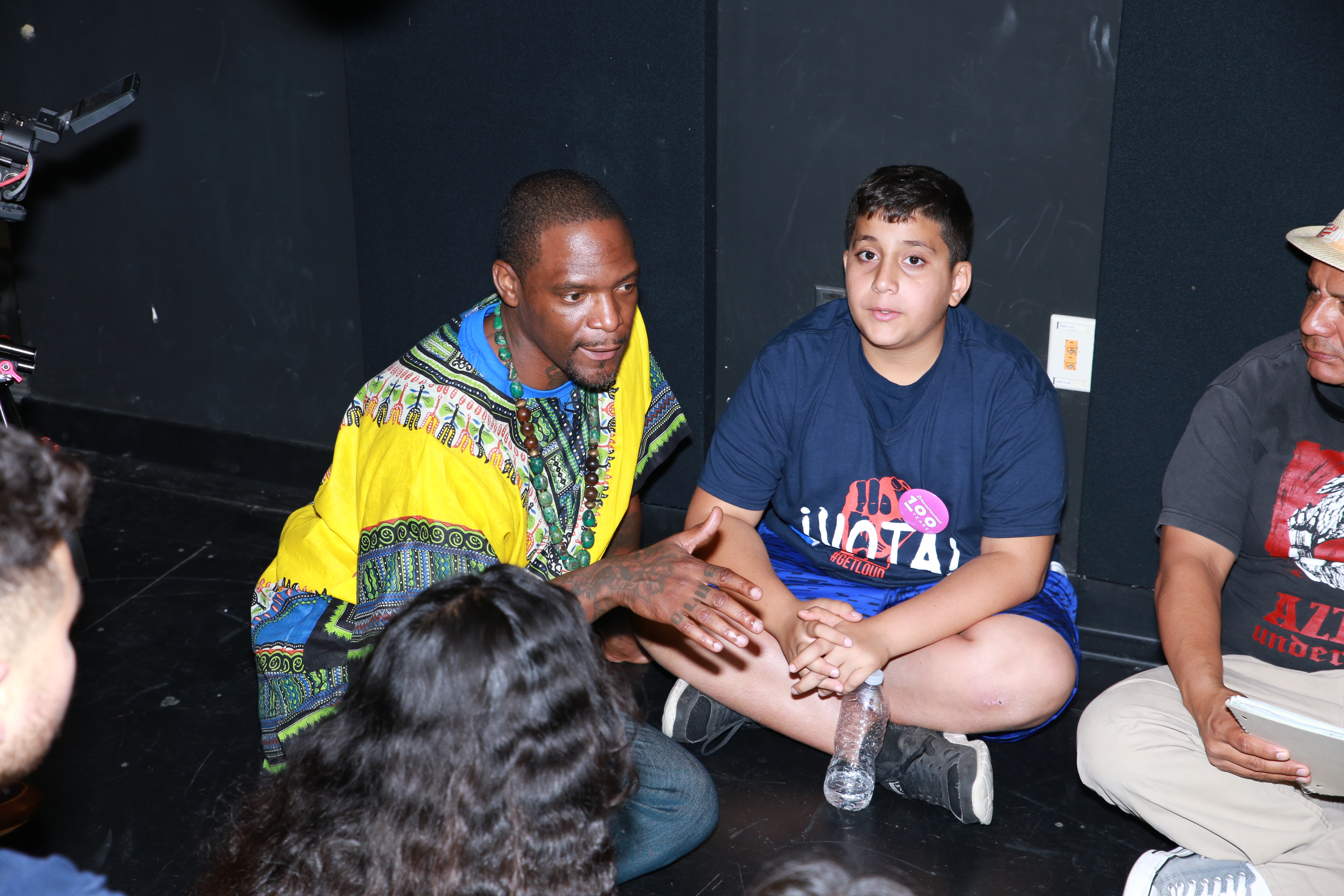 The Mid-City CAN Youth Council and San Diego ACLU led a huge event to call for decriminalization of youth on October 22nd at Lincoln High School. More than 800 young people ages 14-24 participated at this Youth Power Summit.

“As students, we are asking leaders to invest in our success,” said Larissa Galeana, a San Diego City College student and Mid-City CAN community leader. “We want them to help us stay on the right track and graduate. Don’t lock us up.”

Galeana is referring to the School-to-Prison pipeline which was the primary theme of the event. According to the ACLU, the school-to-prison pipeline is “a disturbing national trend wherein children are funneled out of public schools and into the juvenile and criminal justice systems.”

The truth of this system is that many of the victims suffer from learning disabilities and come from backgrounds of poverty and abuse and they are missing vital time in the classroom that is needed for them to progress. Instead they are often put into the system at young ages and convinced very early on that their future is limited. Of the 17 workshops held that day, “Busting the Pipeline,” a panel of youth and adults, provided the most in-depth discussion of this pipeline and allowed for dialog in ways to address it.

One panel member broke down the way it works. “In regards to the school-to-prison pipeline, its failure! Failure of parents, of community, of politicians, of the educational system and failure of the criminal justice system.” He goes on to share that it’s a system that has gotten to the point where if a student is too problematic and makes it difficult for a teacher to instruct, especially with the overcrowding of many classrooms today, the easiest thing to do is to tell them to leave and to go to the principal’s office. But often, if they are the principal of a school that is understaffed, and he or she is under budget stress, the easiest thing to do is to call the police and have them deal with it. “We are not investing in our youth,” he says. “We are not putting the resources into the schools to be able to handle those types of situations. Students who should be in class learning, are instead suspended, expelled and that makes them fall behind.”

The school-to-prison pipeline was not the only topic of discussion throughout this summit. There were 17 total workshops spread throughout the campus aimed at getting young people motivated to get civically engaged and to join in different projects that could help to improve the quality of life in their environment and get more community focused. There were workshops on environmental and food justice, gender issues, racial issues, reproductive rights, healthy school lunches and even civil rights.

“The idea is, whatever the young person can find their passion in, we then want to connect them with an organization in the community that’s working in that. We’re really about leadership. We need more ideas and creative ways of approaching these problems.” Shared, Organizer Paul Watson.

All 800+ students were treated to special guest lectures from Activists, Nate Howard and and Jennicet Gutierrez and one of the highlights of the day was the music workshop led by M-1 of the legendary hop hop group Dead Prez. Providing mentorship to small groups, M-1 worked with this collection of young people the whole day to create a theme song for the event. At the end of the day he did a special performance and the young people he mentored were able to join him on stage and perform the song they created entitled “Youth Power.”