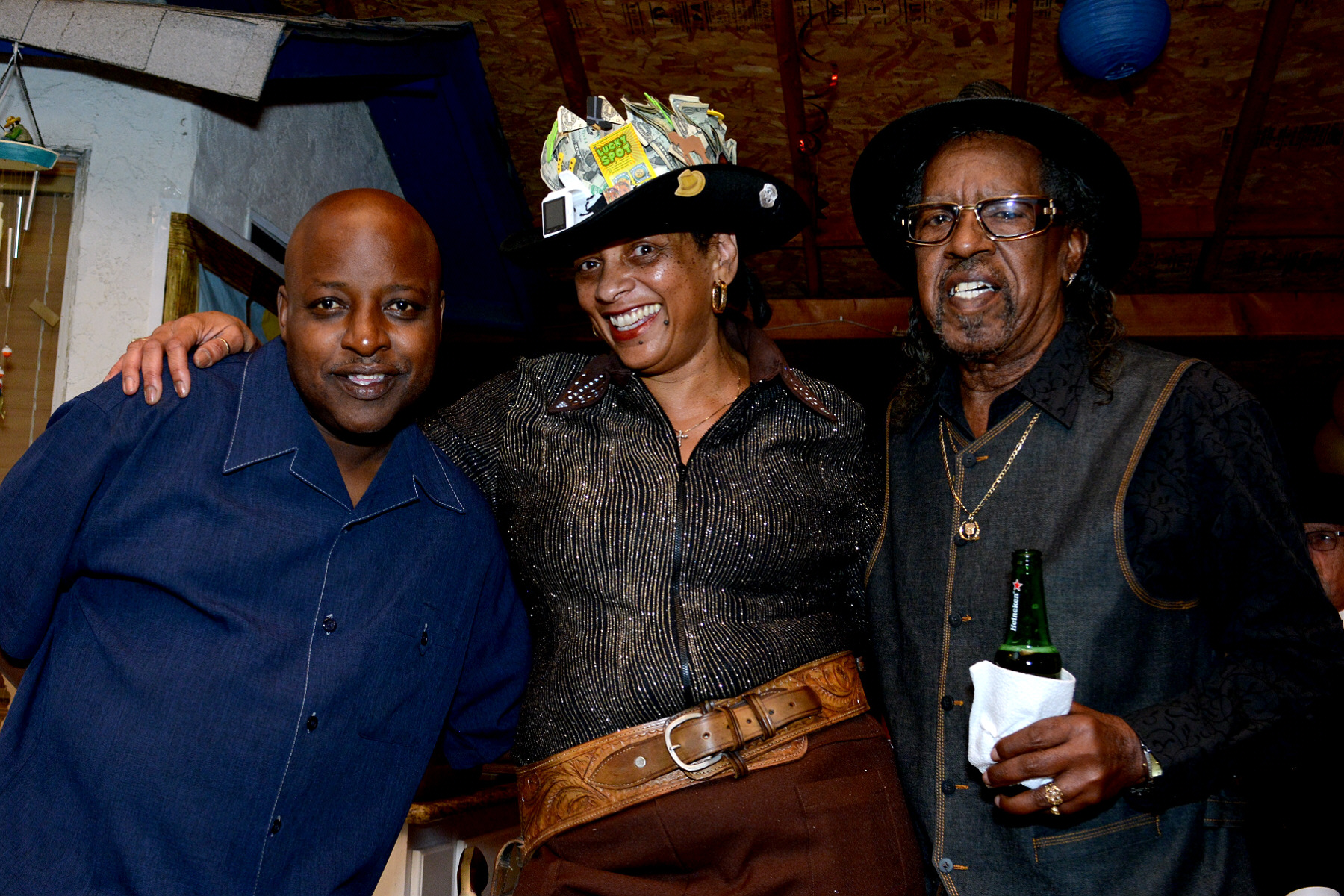 It was the event of the fall season, a western birthday roundup for Marilyn Briscoe. The invitation for the affair called for western attire to complement the setting, created with saddles, bales of hay, a mechanical rodeo bull, which threw all that rode it; food of every kind, and a real life saloon with a western bar keep.  Briscoe, the host and birthday honoree made sure to represent her western themed event by celebrating the night in her cowboy hat accompanied by diamond studded boots.

Though western themed, the sounds the music was lively and comparable to selections that would’ve made Soul Train jealous.
As  if one birthday was not enough, it was also the birthday of Dolores Warren, wife of Pastor and Publisher John Warren. Both appeared in matching western attire with the one difference being the color of their hats.  Dolores’ daughter Latanya, also in western attire was on hand for the celebration, making the evening even more special for her mother.
One of the more unusual outfits was that of Marilyn’s daughter, Tamara, who was a cross between and Indian Princess and a Cowgirl with a quiver of real arrows on her back and a bow in her hand.  There were gift bags for each and every guest to take home, and the food, dancing and fun went on into the early hours of the morning. What made this so unique was the degree of decorations from wagon wheels on the wall to a wanted poster that one could put their own face in for photo purposes, and real saddles one could rest on between rides on the mechanical bull. The photographic talents of Mike Norris caught it all on camera as seen.  But the evening would never has been as great as it was without the music of Toussiant Wilson who kept of the sounds all night long.