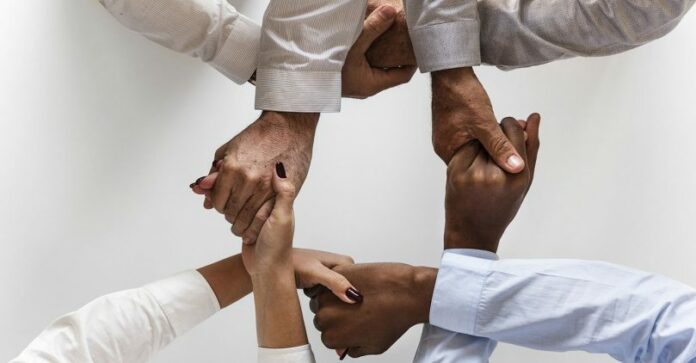 There are approximately 2.6 million Black-owned businesses in the United States. The number of Black or African American-owned firms grew 34.5 percent between 2007 and 2012— from 1.9 million to 2.6 million in 2012, according to the most recent statistics from the Census Bureau. Black women have been leading this charge of Black entrepreneurship. The number of Black female-owned firms climbed 66.9 percent, from 900,000 in 2007 to 1.5 million in 2012, noted the Census Bureau.

CHICAGO—Entrepreneurship is nothing new in the Black community. Black people have historically worked hard to establish, maintain and grow their own businesses to cultivate an economic base in providing goods, products and services to consumers. Despite obstacles including lack of access to capital, resources, connections and at times inconsistent support from the public, the entrepreneurial spirit continues to be alive and well in Black America.

That spirit coupled with the ongoing push by Black business advocates encouraging Black folks and others to patronize and support these businesses, can influence a Black business “boom” and be a catalyst for change and transformation in and for the conditions of Black people through jobs and community development.

“We can never solve our economic problems of the Black community while spending most of our money with the people that live outside of it. We can never control our community as long as others own most of the businesses in it,” said Minister Taharka Shakur during an August press conference in Chicago kicking off National Black Business Month. Local entrepreneurs and activists spoke on the importance of Blacks doing business with and promoting Black businesses not just in August, but all year around.

“Once we have these businesses in our communities that will resolve our crime. That will give these youth some identity of what they can do so I encourage you all to encourage others to support this month and be a part of our ongoing agenda of buying Black,” said Revin Fellows, co-founder of National Black Agenda Consortium.

Created in 2004 by John Templeton, a historian and Frederick Jordan, an engineer, National Black Business Month is an opportunity to recognize Black-owned businesses around the country and also a chance for consumers to make a concentrated effort to spend money with these companies.

Averi Frost is executive director of the Central Ohio African-American Chamber of Commerce based in Columbus. There is a lot of hunger and energy around the idea of Black entrepreneurship whether it means ownership or supporting others in business, she explained. “One thing that we’re definitely seeing is that because we know that there’s systematic and historical challenges with access to capital as far as financial institutions to our businesses, it is even more important now of an effort as far as consumers for us to make sure we’re supporting our businesses as does every other community frankly,” said Ms. Frost.

“If we are able to better circulate the dollar within our community it’s going to have a greater impact. Any entrepreneur is most likely to hire somebody and to invest in a community that looks like them or reflects their values,” she added.

The Honorable Marcus Mosiah Garvey through his Universal Negro Improvement Association and the Most Honorable Elijah Muhammad, patriarch of the Nation of Islam, taught economics is a key component of Black survival and prosperity in America. Mr. Muhammad’s “Do For Self” program was transformed into reality with the establishment of successful Black Muslim-owned businesses in the 1960s and 1970s. He taught Black America to “spend your money among yourselves, build an economic system among yourselves and unite to pool your resources.”

The Honorable Minister Louis Farrakhan reintroduced Muhammad’s Economic Blueprint calling on not only Muslims, but all Black wage earners—the poor, the middle class, and the wealthy—to make affordable contributions, on a regular basis, into a single “national treasury.” Some of this money could be used to open new Black businesses or invest in existing ones to make them stronger. The Nation of Islam continues to promote the need for Black-owned businesses and land. If 16 million Black wage-earners contributed a nickel a day, seven days a week that would equal 35 cents per week. In 52 weeks or one year that totals $18.20 which multiplied by 16 million people equals $291.2 million.

“We can say whatever we want about the president. His personality doesn’t matter. The context of the environment matters and there have been opportunities that we haven’t taken advantage of as producers and as employees,” said Cedric Muhammad, an economist and CEO of Hip-Hoppreneur Inc. Black people must have an agricultural and manufacturing base, he argued.

“There’s no way out of this condition other than to go to the land and other than to popularize building trade professions and to develop some type of a manufacturing base in the inner city or the more rural areas which can be done,” he said. Agribusiness will feed into manufacturing and that would create a significant level of employment then entrepreneurship if Black businesses could be financed.

Black businesses must do a better and more intentional job of strategically marketing themselves to increase visibility in their communities, said Ms. Frost. “Not just like being on Facebook or doing random radio ads; making sure your actual target customers are hearing what you’re talking about. And that can even go a step further by being involved in a trade organization, a Chamber of Commerce and/or like signing up for these directories,” she explained. The Central Ohio African-American Chamber of Commerce has available a list of 400 Black entrepreneurs in the state.

It is important to bridge the gap between Black businesses and consumers, said advocates. There are several avenues promoting Black businesses folks can find via apps, online and print directories and of course, word of mouth.

And while Black businesses must do their part, so must Black consumers. “The consumer is always going to do their part which is to spend but unfortunately they’re not aware of our existing Black-owned businesses,” said Cedric Muhammad. He touted Maggie Anderson, who made headlines several years ago when she and her family only patronized Black-owned businesses in Chicago for a whole year. “Maggie Anderson laid the blueprint for what every person in the city has to do. So we need to know where to go, where the existing businesses are, so we can do better patronizing them and then we have to support them not just with our consumption dollars. The Honorable Elijah Muhammad didn’t want a nation of consumers, he said he wanted a nation of producers. We should be a nation of producers and employers and so these businesses need loans and they need equity investments, they just don’t need consumption though consumption would help a lot,” said Cedric Muhammad.

“We’re not in the beginning stages of it but we’re trying to get back to connecting with each other so it’s happening in silos. For the chamber we’re trying to make it kind of an umbrella effort to pull together everything we own so that we can all support each other.”

The We Buy Black Convention aims to do just that. The convention is a marketplace of over 120 Black-owned businesses and will be held Aug. 23-25 in Atlanta allowing consumers an opportunity to spend money with these businesses. “Currently in America, Black people have the highest rates of poverty, of homelessness, of joblessness, of crime, and imprisonment. However, Black people spend more money than any other ethnic group, with an annual purchasing power of $1.3 trillion. Of all these funds, less than 2 percent is spent within the Black community,” noted convention organizers.

Observers are optimistic that there is a Black business “boom” and it can continue to grow and expand with targeted and deliberate work and effort.

“It’s really reenergizing because for those of us who’ve been at this, and I’m young. I’ve only been in this type of spirit for 10 years. But my peers and those ahead of us, for a little bit it seemed like we were just kind of fighting a losing battle in doing this work but there wasn’t a collective energy and conscious effort to support each other. It seems like the tide has spinned on that and it’s really refreshing,” said Ms. Frost.

Stop asking God to bless us with a prayer he has already answered, said Mark Allen, chairman of National Black Wall Street Chicago. “We’ve got the economic power to turn our communities around. It’s up to us. Everybody can be a leader in their own right. If you’re concerned about the violence, how do you spend your money?”