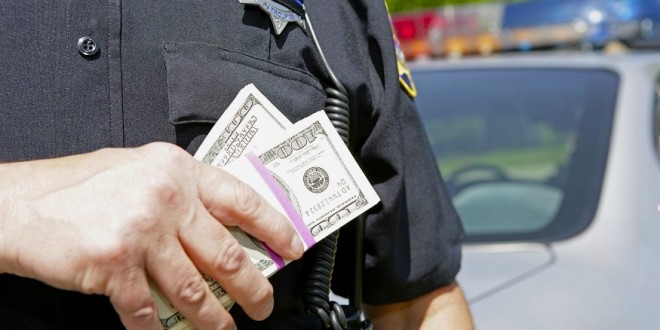 As the legality of civil asset forfeiture continues to be debated and authorities wrestle with the possible civil rights violations, studies continue to show that Blacks and Hispanics are disproportionately targeted by cops. Civil asset forfeiture occurs when cops take cash, cars and other valuable items from people who may or may not be suspects. Despite the fact that many of these people have not been found guilty of a crime, law enforcement authorities are still allowed to take anything deemed an asset and not have to return it, even if the person is never charged with or found guilty of a crime.

Cops are only required to “suspect” that the property is in some way tied to illicit activity. When civil asset forfeiture is coupled with racial profiling, Blacks and Hispanics are left to be victimized by a criminal justice system that steals their cash and valuable items without no legal recourse for getting it back.

More and more, people of color are finding that their interactions with cops are not because they are there to serve and protect them, but rather to seize and profit. Oklahoma Watch recently conducted an analysis of high-dollar forfeiture cases and found that officers are using racial profiling, whether consciously or subconsciously, when deciding whose vehicles they will search and whose money and assets they will seize. Officers deny using racial profiling, and Oklahoma officials claim they are not sure why the majority of their seizures involve Blacks and Hispanics.

The Oklahoma statistics reflect a national trend uncovered by the U.S. Sentencing Commission, who reports that minorities comprise nearly 90 percent of drug trafficking convictions in federal courts. Oklahoma Watch specifically reviewed forfeiture cases between January 1, 2010 and August 11, 2015 involving seizures of cash that amounted to $5,000 or more. Sixy-five percent of the 401 cases were minorities, with 31 percent of cases being Black people, 29 percent Hispanic and 31 percent white.

The group specifically chose forfeiture cases of $5,000 or more because those types of cases usually happen during highway drug interdictions. ACLU-Oklahoma legal director Brady Henderson spoke about the data, stating, “The (data) matches what we would expect from our knowledge of who is profiled in these kinds of stops, of who tends to be a victim of asset forfeiture. It (race) is a major factor.”

Making matters worse is that cops do not just seize cash; they can also seize people’s homes. Leon and Mary Adams are just one couple to have their home seized by police. Cops are driven to make such forfeitures because the money generated by seizures is used to bankroll their police departments, and in some cases event fund their salaries. Some cops are even allowed to drive vehicles they have seized while on the job. (read more)