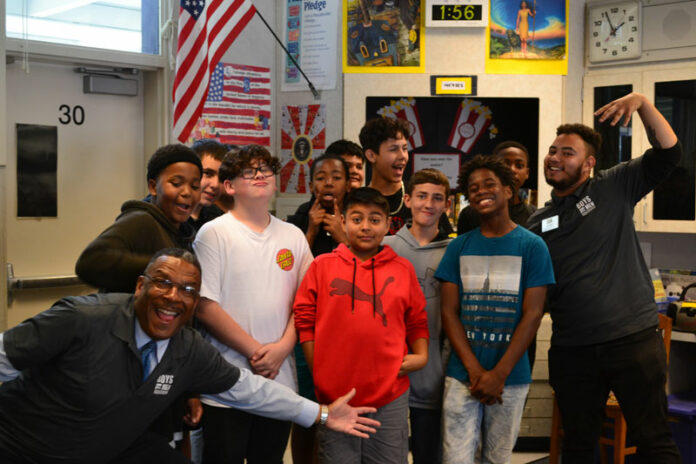 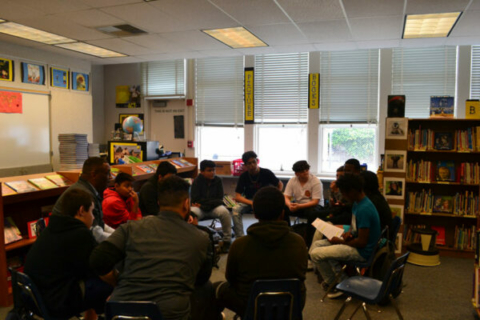 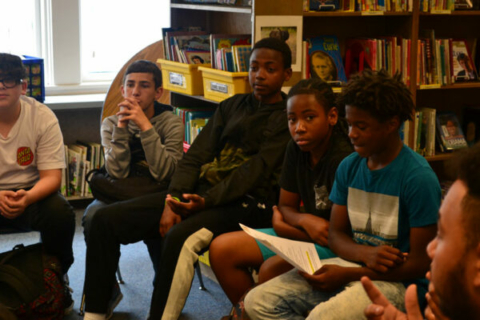 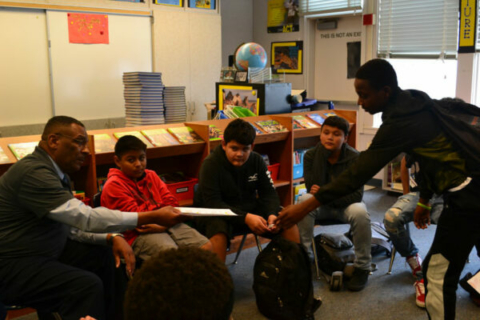 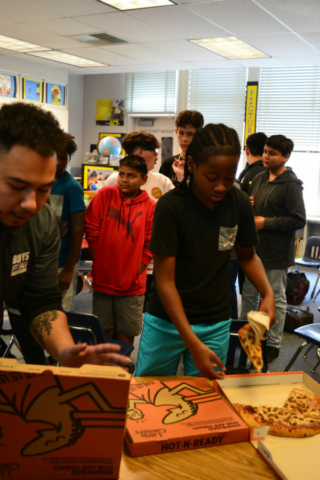 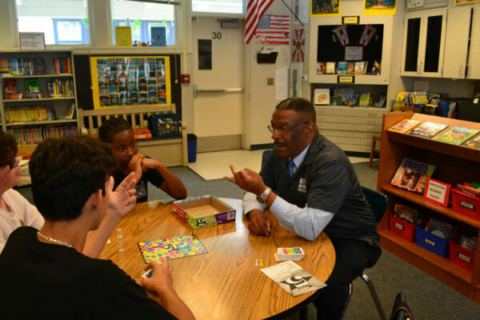 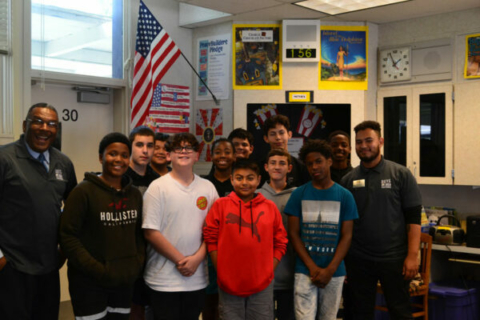 Nine seventh graders barreled into the small school library at Vista La Mesa Middle School, smiling and quietly joking and talking amongst themselves as they settled into seats positioned in a circle in the middle of the room. The boys were participating in a weekly mentorship circle called Boys to Men Mentoring Network, a group mentoring program serving over 1,000 disconnected and fatherless teenage boys in San Diego County. The program offers weekly in-school meetings, facilitated by male role models, throughout the school year.

The Vista boys were celebrating their last school meeting, and Mark Anthony Hall, Director of Diversity & Community Outreach, lead the eager group in a discussion. He praised them for successfully making it to the end of the school year, and added a gentle admonition to keep going to the very last day, only two short weeks away. Pizza, games, and a pair of summer camp scholarships were a few of the materials rewards the boys received that day. But it was clear they’d benefited from much more in their year-long program.

“Are you going to show up to school on time? Are you going to do your best?” Hall asked. Then he went around the circle asking them how their week went. It was a dose of reality-checking both he and co-facilitator Joe Ross, provided each week, giving the young men time to take off their ‘cool masks’, explore their truths and express themselves honestly. One boy’s parents were divorcing, another’s grandparent had died, another was facing a relocation to Japan with his family who are in the service. Hall and Ross were careful to encourage them all, and listen with empathy. “We don’t judge, we don’t tell them what to do, but we do listen, and give them the tools to make wise decisions,” Hall said.

Anyone present would be proud of each boy’s positivity and upbeat manner as they talked and listened to one another, one at a time, around the circle. That they each readily shared their concerns, how they planned to deal with their challenges, and had ready answers when later asked, “What does it mean to be a man?,” spoke volumes about how the boys had found a safe and trusted space to celebrate triumphs, deal with personal challenges, and grow.

To learn more visit: http://boystomen.org/
Unlike many news organizations, Voice & Viewpoint delivers content that matters to you. Help us keep it that way by making a generous donation for as low as $2. Your support will fund local, investigative journalism for the community, by the community.