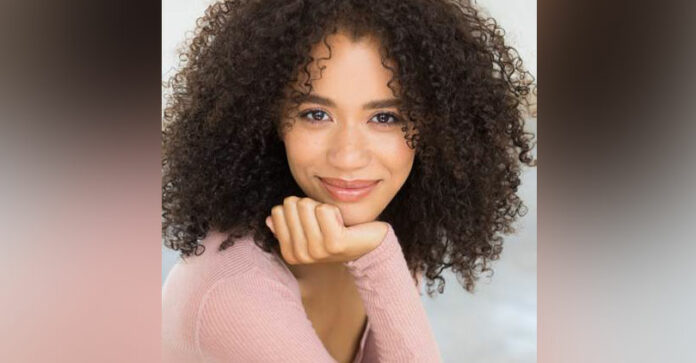 Tho Old Globe has a new play in town, playwright JC Lee and director Patricia McGregor’s What You Are, a tour-de-force production playing at the Sheryl and Harvey White Theatre in Balboa Park. Oregon native Jasmin Savoy Brown (HBO’s “The Leftovers” and ABC’s “For the People”) steals the show.

Brown plays Katie, opinionated, passionate, and decidedly flawed biracial daughter of Sigourney and Don. Brown’s nuanced performance brings added depth to the production and her character, Katie, proves to be the heart and soul of the raw and emotionally wrenching drama that unfolds.

Katie’s father, Don, is the play’s middle-aged white male main character. Katie, in often uncomfortable and in-your-face ways, brings voice to the complex father-daughter relationship, living a biracial identity, the stresses of being a caregiver, and what it means to step into one’s full womanhood.

Don, though married to a black woman, and a devoted family man, still struggles with white privilege in a world that no longer regards him as essential. When a misunderstanding erupts between Don and Hector, his young hot shot Latino boss, Don hatches a plan to set things right. But in the process, his family nearly falls apart.

Though there is strong language at times, you don’t want to miss What You Are, and Jasmin Savoy Brown’s stellar performance. Runs through June 30th.

Q & A with Jasmin Savoy Brown

VV: What was it about the play made you want to get involved?
JSB:I really love that the play deals with things we are dealing with everyday but without hitting you over the head with it. People learn something.

VV: What did you learn?
JSB: I learned to give people the benefit of the doubt more often. To really listen to everyone’s perspective and experience.The people that I might write off as being entitled or being blind to reality, I might decide that, even if they are that, they’re also a human being really just trying to survive and take care of their family. In the end, we’re all doing that.

VV: What about the audience reactions?
JSB: We can feel who the audience is based on which character they are reacting to. It’s interesting to feel that audience feedback and get a feel for whose out there.

VV: Who are your role models as and actor?
JSB: I adore Viola Davis and Regina King.

VV: What your advice to other young actors starting out?
JSB: Keep yourself in community, whether that’s an acting class or a group of friends. That’s how you stay grounded and stay happy and true to yourself and artistically fulfilled when you’re not getting a lot of auditions. That’s also how you‘ll get connections for more work, too.

As Newsom Weighs Reparations Bill, A Scholar Has A Word of Caution for California