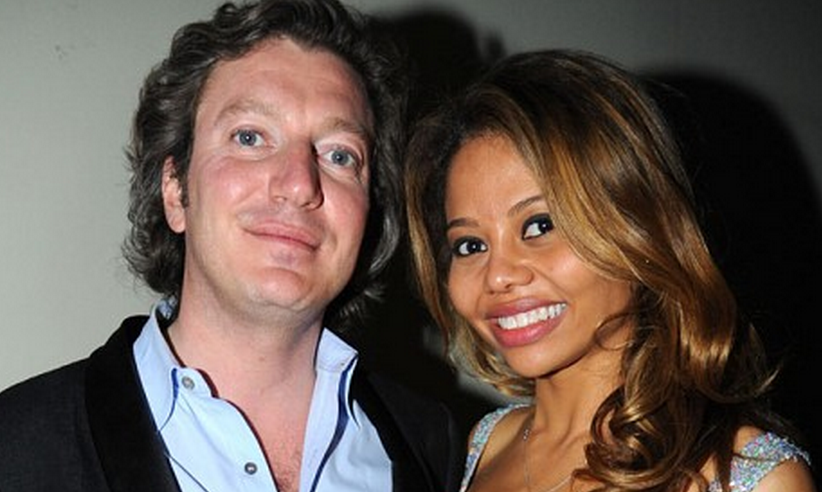 Emma McQuiston, 29, is set to make history when she marries Ceawlin Thynn, 38, Viscount of Weymouth. She will become the first black marchioness in the history of Britain. In case you’re wondering, a Marchioness is the wife of a Marquess. A Marquess is above an Earl and below a Duke. A Duke is the highest rank you can attain in a royal family without being a prince. So, in other words, she’s going to be both powerful and loaded.

They first met at a wedding when they were children – she was just three years old – but things became serious when they met again as adults. She moved in the same aristocratic circles he was born into because her much older brother, Ian, is married to another Thynn – Lady Silvy Cerene Thynn.

Now that the wedding bells can be heard in the distance, the 29-year-old daughter of a Nigerian oil baron and a socialite says that she had found it a tough challenge to overcome the racism and snobbery she faced (and sometimes still does) from the upper classes – particularly, she says, among the much older generation – that simply refuse to accept her.

Although it hasn’t been blatantly glaring, McQuiston says that the racism is ever-present and that although she hasn’t had anything horrible said or happen to her, “It is something you sense, you can just tell with some people.”

“There’s class,” she said, “and then there’s the racial thing. It’s a jungle and I’m going through it and discovering things as I grow up.”

She also insists that she is not “super-easily offended” but that it is a problem when “someone is making you feel different or separate because of your race.”

Meanwhile, her mother, Suzanna McQuiston, seems to be happy with the way the members of her future circle are accepting her into their enclave.

“I always felt there might be this slight snobbish thing about anyone who is black,” she said, “but it seems everybody has taken Emma in their hearts and they love her.”

McQuiston, who is an aspiring TV chef and food blogger, will get married to Ceawlin Thynn in June at the seat of his Family, Longleat, after an 18-month courtship.