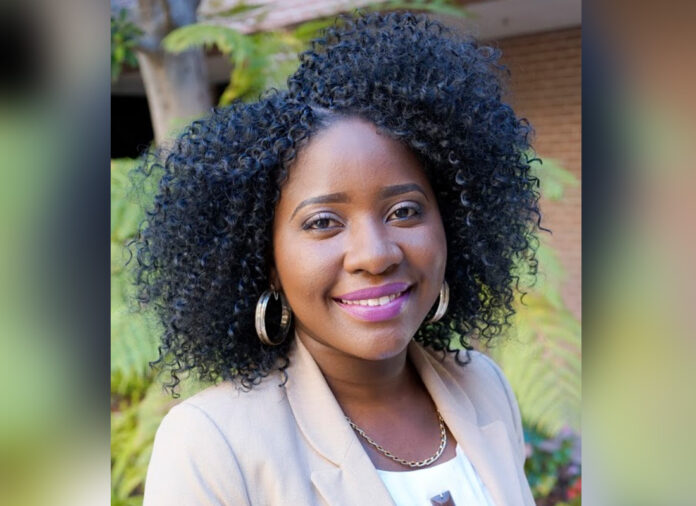 San Diego local Chevelle Newell-Tate was chosen as the District Director for the 79th assembly District, directly working with State Assemblymember Akilah Weber. Previously, she was the district representative for the office of the Honorable California Senate President pro Tempore Toni G. Atkins. She is also a founding member and co-chair for the Black Women’s Institute for Leadership Development (BWILD), a nonprofit organization first envisioned by Assemblymember Shirley Weber that is an alliance and network of support between women of the African diaspora who have a career in public service.

Newell-Tate is a first-generation college student, having graduated from UC San Diego with a Bachelor of Arts degree in Human Development and a minor in Communications. Her commitment to serving others began here in San Diego, as she served on the board of the University of California Student Association (UCSA) as the Campus Action Committee Chair, as well as in other student organizations such as the Black Student Union and the Hughes Scholars Program. After graduating, she worked as a research analyst for LeSar Development Consultants before being hired by Senator Toni Atkins in 2014, when the Senator was the Speaker of Assembly. She worked for Senator Atkins for 7 years, until her recent appointment as district director for the 79th Assembly District.

Newell-Tate has dedicated her career to enforcing public policy around affordable housing and homelessness in San Diego. Chevelle was first exposed to affordable housing and it’s development through the California Coalition for Rural Housing Internship Program where she spent over a year as an Affordable Housing and Real Estate Development Intern at Community HousingWorks. She also provided administrative support to the Campaign to End Homelessness in Downtown San Diego and the philanthropic group Funders Together to End Homelessness San Diego. After nearly a decade of working to better San Diego, Newell-Tate now works directly with Assemblymember Akilah Weber and will continue to use her resources to serve her community.

“As a long time legislative district staffer, I am blessed to work with many of San Diego County’s diverse communities. Being selected as Assemblymember Akilah Weber’s District Director is an opportunity of a lifetime and allows me to continue the meaningful community work that I have come to know and love. I am excited to work with Assemblymember Akilah Weber and to lead our district team as we work together to serve the 79th Assembly District,” she said of her appointment.

For now, Newell-Tate will be focusing on supporting Assemblymember Weber’s upcoming school year by holding a backpack drive and vaccine clinic on August 14, 2021, from 10 am to 1 pm at Horace Mann Middle School.