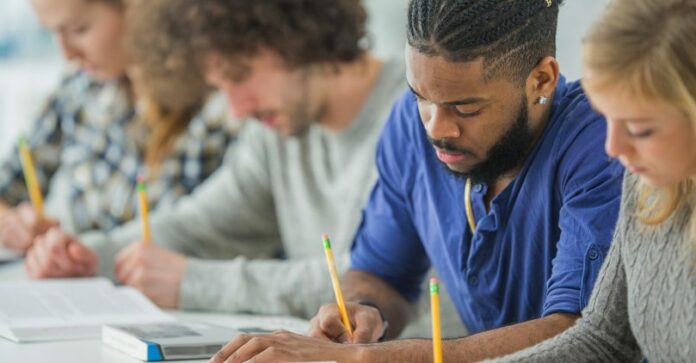 When Cultures Clash in the Classroom, Who Suffers?

When cultures clash in the classroom, students, teachers, administrators, parents, and the community at large all suffer. Education, or lack, thereof, can have a ripple effect on every facet of society. Not only are communities of color affected but also areas not considered “minority.” PTSD (Post Traumatic Stress Disorder) is an equal possibility.

Children whose culture and realities are devalued are often, as Gloria Ladson Billings so aptly expressed, “considered as deficient white children.” (1999) The children she described may become drop-outs, push-outs, or disaffected trouble makers. These disaffected students often feel disrespected, misunderstood, and devoid of hope. Some of them are test-weary and content lacking.

When they are continually designated at “below basic” on standardized tests and their culture not understood by teachers and test makers, their behaviors are almost self-fulfilling prophesies. Often these students suffer from PTSD as painful and as debilitating as any combat soldier.

They encounter the vagaries of the results of having little affluence and no influence, of physical and/or emotional abuse, and poor educational opportunities offered by a revolving door of new, career-change, or culturally unaware teachers getting their OJT (on the job training), student loans abated, masters degrees, and housing allowances before moving on to the suburbs or to becoming the next national “expert” authors and speakers on educating the urban, rural, or culturally different child.

These are the children whose apparent apathy and less than “perfect” behaviors encourage a revolving door of teachers who have the inability to relate to students of different socio-economic or racial differences. In these cases, no one is the winner, even though neophyte teachers may gain some financial benefits, for these teachers, too suffer the PTSD resulting from not knowing how to teach diverse students and the daily chaos of classroom disorder, disrespect, and disaffectedness.

Lowered expectations may cause challenges for administrators also, for they face scrutiny about how their schools function on many levels, from standardized test results to efficient use of budget to how many expulsions and suspensions their students receive.

They must also contend with trying to find substitutes or replacements for teachers who are absent for whatever reason. Their teachers often are faced with coverage, which saps the enthusiasm and energy of those forced to babysit some other teacher’s class. In addition, many states are trying to meet the dictates of No Child Left Behind (NCLB) and the Common Core Curriculum standards with inadequate funding and training for teachers and administrators in how to implement these mandated legislative programs. In the last few years, there has also been an emphasis on STEM (science, technology, engineering, and math) schools.

Parents suffer when their children are disaffected and under-educated. Their children who are suspended or expelled are left to get into difficulties with the law and court systems. Further, drop-outs and push-outs often cannot get jobs and become economic drains on not only their families but also on the community at large.

So, in answer to the question when cultures clash in the classroom, who suffers, we all do! Poorly educated students make for a society that alienates its young, one that is unable to retain skilled and experienced teachers, and a country frustrated with unemployment, under-employment, and an ever-growing culture of violence, fear, and intolerance. Court systems and privatized prisons, along with mortuaries, result when the classrooms act as prep schools for these expensive alternatives.

EDITORIAL – The Solution to Trump, White Privilege and The Republican Party

A Question for Black Americans: Vaccine or Body Bag?