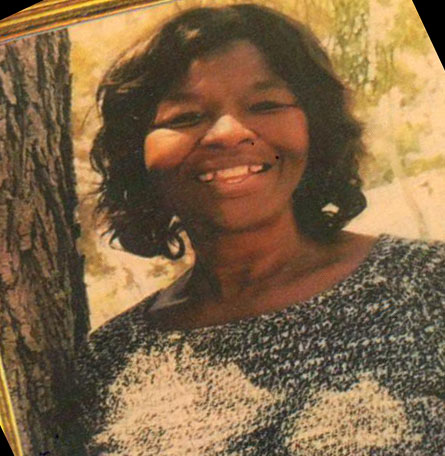 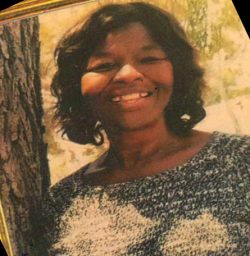 Debra Ann Purvis the sixth of 17 siblings was born on February 1, 1955 to Wilbert Purvis, Sr. and Mattie Purvis in Patuxent River, Maryland. As a military family, the Navy moved the family coast to coast, including the island of Honolulu, Hawaii with the last tour of duty in San Diego.
Debra, affectionately called Bubba by her family, attended Chollas Elementary School, Samuel Gompers Junior High and graduated from Abraham Lincoln High School.
Debra was a member of Greater Israelite Church of God in Christ pastored by the late Superintendent Harvey Jessie. Debra accepted the Lord as her personal savior at a young age ans was baptized on October 14, 1973. Debra eventually moved her membership to the City of Hope International where she became active in the Women’s ministry.
Debra worked for the San Diego Unified School District where she retired after 17 years of service in June of 2017 as a Special Education Behavioral Technician. Debra loved her family. One of Debra‘s favorite pastimes was reading her Bible, solving crossword puzzles and eating ice cream. Debra was very loving, generous, caring, and thoughtful. She gave the best heartfelt hugs. She loved the Lord and believed the Word. She was also a devoted mother to Derrick and spent quality time with him, going to the movies, church and afterwards, a trip to IHOP, one of his favorites.
After retirement, Debra began many activities, sewing, sign language, Spanish class and joined an exercise program with her Mom and friends. Debrahad many plans, she obtained her passport in preparation for a cruise. God had far better plans for Debra and her passport was not needed.
On Sunday, October 8, 2017 this beloved daughter, sister and mother was called home to rest. Proceeding Debra in death are her father, Wilbert Purvis, Sr., her sisters; Emma Jean Herbert, Angela Danielle Purvis and brothers; Gregory Purvis and Michael Purvis.
She is survived by her loving son, Derrick Hendric. Her beloved mother, Mattie Purvis-Jessie, Sister:Diane Lacey(Ron), Renee Ryan(Tony), Maureen Purvis Foster(Eugene), Lisa Blair(Tony) of Bristol, Virginia, Jacqueline Lawson(Reginald), Kimberly Purvis and her brothers; Percy Fairley of Washington, D.C., Wilbert(Carol), Ronald(Pasty), Dana, Jon, and Robert(Donna) and God-daughters, Ebony Childs of Georgia and Amber Anderson Expatriate of Kenya by way of Pennsylvania and a host of nieces, nephews, cousins, and friends.
Unlike many news organizations, Voice & Viewpoint delivers content that matters to you. Help us keep it that way by making a generous donation for as low as $2. Your support will fund local, investigative journalism for the community, by the community.