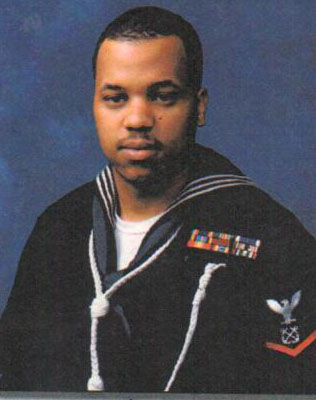 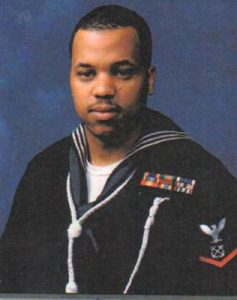 Ryan Christopher Jones was born May 14, 1970, to his mother and father at Memorial Hospital in Long Beach, California. He went home to be with the Lord on Friday, October 13, 2017, while riding his bike on his way to the Podna’s Motorcycle Club.

Ryan grew up and completed his education in Long Beach, CA graduating from Millikan High School in 1985. Ryan was baptized according in the Rite of the Roman Catholic Church in 1971. He accepted Jesus Christ as his personal Savior in 1976 and received baptism by immersion in 1976 at the New Jerusalem Baptist Church in Long Beach, California.
Ryan enlisted in the U.S. Navy on March 15, 1988 and served his country for twelve years. At the time of his discharge in San Diego, CA his rank was that of BM2. His tour of duty was aboard two ships, the USS Ranger and the USS Boxer LHD 4. Ryan‘s decorations, medals, and citations included: National Defense Service Ribbon; Sea Service Deployment Ribbon(3); meritorious Unit Commendation Armed Forces Expeditionary Medal; Good Conduct Medal(2);Kuwait Liberation Medal(2);Southwest Asia Medal W/3rd Bronze Star; Navy “E” Ribbon(3). His military education included basic Enlisted Submarine School.
Ryan and Michelle were united in holy matrimony on April 30, 2013. To this union was born Ryan Christopher Jr. in 2007 they started a business, Casa Estrella, to service the developmentally disabled young adults where he served as administrator. Ryan had compassion on individuals with special needs. One often heard him say, “Everyone deserves to be treated with respect and dignity”
Preceding him in death was his fathers, Sherron Jones and Ronald Blackwell, and his brother, Roy Maddox, Jr.. He leaves to cherish his memory his wife, Michelle; sons, Brennen, Ryan Christopher Jr. and Alex; daughter, Dajonae. His mother, Ida Brown; brother, Ty, and Bryan;sister, Demetria, Rhonda; five grandchildren; Aunt Marian Linton in Bermuda; in-laws, Jim and Linda Smith; Jilon Maddox, sister-in-law and family, a host of uncles and aunts; and lots of friends.
Special Friends:Dr. William Simpson, Jay Chism; Ray Oglesby; Maggi Gomez-Garcia; the Gomez family; the Givens family; the Ashley family and Rev. and Mrs. F.D. Bullock(Auntie Cleda).
Unlike many news organizations, Voice & Viewpoint delivers content that matters to you. Help us keep it that way by making a generous donation for as low as $2. Your support will fund local, investigative journalism for the community, by the community.