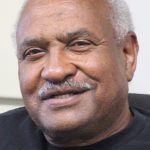 As we listen to the debate over whether our next President should be Hillary Clinton or Donald Trump; to the character assassination of Clinton through emails and allegations of personal financial gains in office; as we listen to Donald Trump talk about making America great again, the charges of economic failure, unemployment and allegations that America has been without leadership for the last eight years, one can only wonder where have the Republicans and Conservative White Americans been?

Where were they when President Obama took the reins of a sinking “ship of state”, the American economy with banks in trouble, the automobile industry going under, a housing crisis that was out of control and no plan left on the table by outgoing Republican President George Bush to rescue the nation?

Where were these concerned Republican Conservative White lovers of democracy when Republicans in both the U.S. House of Representatives and the U.S. Senate vowed not to pass any legislation that came from America’s first African American President, after he got the Affordable Health Care Act passed? These same Republicans vowed to dismantle that legislation in spite of its health care benefits to millions of Americans who were without health insurance.

How do they, (the Republicans), blame the President when their own former Speaker of the House of Representatives time after time, publicly expressed his opposition to the President and any of his legislative proposals; brought the nation to the verge of financial disaster openly violated protocol by inviting the President of Israel to speak to a combine Congress without even acknowledging that such actions should have been taken in conjunction with the White House.

Where was the outrage when a member of Congress from the State of South Carolina committed the ultimate insult by calling the President of the United States a “liar” during a State of the Union Address with what appeared to have been without significant consequences?

How do we raise so many issues over the Clinton e-mails which is a distraction from the fact that: (1) she has already served 8 years as the First Lady of the United States; she has served as a United States Senator from the State of New York, elected more than once, and as Secretary of State, she has been No. 3 in the chain of succession for this nation and has a firsthand knowledge of our diplomatic relationship with more than 100 nations of the world, most of whom she interacted with directly in that position? How do we ignore her public service as a legal services lawyer that brought food and health care programs to our nation’s children before it was popular to do so? How does this record of service stack up against a Donald Trump who has always been about the business of making his personal fortune during these same years of Clinton service, regardless of allegations that there was personal benefit? Allegations are just that, not conclusions determined by a court of law.

As the Republican campaign rhetoric of a Donald Trump talks about how we can’t afford to have Hillary Clinton in the White House, will America allow the Republicans to forget that in 2013, it was their Party that brought the Federal Government to a shutdown by refusing to allow the passage of an Appropriations Budget or a Continuing Resolution because their members in the House and Senate thought it more important to dismantle the Affordable Care Act, then to provide approximately 800,000 federal employees with paychecks. This action placed them on an indefinite furlough and required another 1.3 million people to work without pay. And let us not forget that according to a Washington Post/ABC News Poll at the time, 81% of Americans disapproved of the shutdown; 86% of Americans felt it was damaging to the United States image in the world and 53% of the American people held the Republicans accountable for the shutdown. But today, we hear these same Republicans talking about the failed efforts of a President that they themselves refused to work with whether because of party politics or race.

African Americans whose distrust or dislike of Clinton and those who failed to get Bernie Sanders on the ticket, should know that this nation cannot afford a Donald Trump and the disasters that will come with his learning curve in the White House. It was once said that “Right Wing, Left Wing”, they are both on the same bird. Where this bird flies will be determined by those of us who vote.

So where is the hypocrisy? It’s in blaming Clinton or Obama for what America has not done in the past 8 years without acknowledging that there should be just as much concern this election year for those who are seeking position or re-election to the U.S. House of Representatives or the Senate who are equally as guilty of hindering America’s greatness with their non-voting, legislative blocking action. Many seeking re-election are the same ones that have been sent to Congress in recent elections to represent the American people and have represented their political parties instead.

Something to think about between now and the November election.