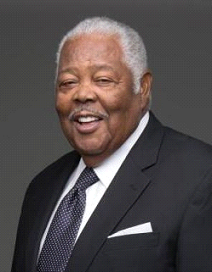 Fready was born on April 6, 1925, in Eddy, Texas, to the union of Jesse and Elizabeth (Jones) Jimmerson, the eleventh child born into a loving, hardworking, and God-fearing family.

Fready ventured West in the late 40s, settling in San Diego, where he joined his brothers; Willie, George, and James.

He first worked on North Island and in the fall of 1951, Fready enrolled in Barber College in San Diego, tackling the rigorous requirements in becoming a Master Barber. He earned his license on February 15, 1952. He launched his own business soon thereafter, a business he would own and operate for the next 40 years.

In the spring of 1959, Fready was introduced to Mary Alice Rogers, a Kentucky native.

Inseparable from the start, Fready and Mary were married on June 10, 1961, and would remain so for the next 53 years until Mary Alice passed in February 2014. They had no children but mentored many youths.

An avid golfer, Fready could be found with his friends taking in 18 holes whenever time permitted. He was known for his comebacks on the “back-9”.

In the spring of 1996, Fready Lee Jimmerson accepted Jesus Christ as his Lord and Savior and united with JESUS, at The Church Of The Living God, The Pillar and Ground of The Truth, Inc., under the pastoral guidance of his younger brother, Bishop James L. Jimmerson.

Fready leaves to cherish his memory two sisters; Hattie Allen and Elizabeth J. White, a host of nieces and nephews, former employees, neighbors, and good friends from California to Ohio.

Well done my good and faithful servant…enter and take your rest.