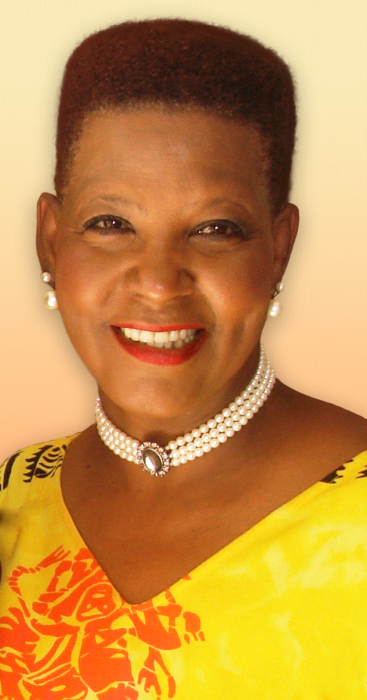 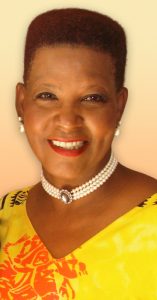 Lavern Bilal-Mustafaa was born on April 23,1949 in Los Angeles, California. She was the eldest daughter of five children born to Dorethia and Marshall Scott. The Scotts moved to San Diego when Lavern was an infant. She received her formal education from San Diego Unified School District and graduated from Lincoln High School in 1967. She continued her education at San Diego City College. In 1975, Lavern was blessed with her “one and only” child, Kamilah.

Lavern worked numerous years with nonprofits and agencies in the social services field. She was employed by Bayside Settlement House, San Diego County Foster Care Agency, and San Diego Youth & Community Services. Lavern’s professional career came to a close when she returned home to be the full time caretaker of her mother and father “Mama Scott and Daddy Scott” until their passing.

Lavern accepted Christ at a very young age. She was baptized and raised at Calvary Baptist Church under the Pastorship of Reverend S.M. Lockridge. Lavern was always devoted and walked out Kingdom principles wherever she served and worshiped. She was a confidant and faithful armor-bearer to many. Lavern had a heart and passion for the community of Southeast San Diego where she was raised. This was translated as children’s church teacher and Executive Assistant to Pastor Anita and Rocky Moore at Living Hope Church, an active participant and Cell 2 Leader for nine years at Interfaith Prayer Fellowship, and an Evangelist as a member of Sowing Seeds for Jesus Church.

Lavern always showed the love of Christ to people wherever she went. She knew how to love well and made every person she encountered feel valued, seen, and known. She was a steadfast friend to so many and each relationship was prized and cherished. Lavern loved to laugh at the simple things in life. Her laugh was so infectious that it could immediately change the atmosphere of a room upon her entering. Everyone was “adopted” into the family upon meeting Lavern and she immediately became their “Aunt Vern”.

On Thursday June 1, 2017 Our Father in Heaven called His dedicated woman of God home to glory. Lavern spent the final three months of her life at the home of her daughter and son-in-Law Gaura Tibbitts receiving love and care. She was surrounded by family and friends who were blessed to pray over her and sing songs of praise and thanksgiving.

Lavern is preceded in death by her mother and father Dorethia and Marshall Scott, her brothers Lasteen “L.C.” Smith and Kenneth Scott. She leaves to celebrate her memory a loving daughter Kamilah Tibbitts of Rancho Santa Fe, CA. Her sister Marsene Scott of Huntington Beach, CA; her brother Michael Scott of Woodland, CA; two grand-children Amara and Jay Tibbitts and a host of nieces and nephews.

Lavern hoped to leave a legacy of honoring Christ to her family and friends.