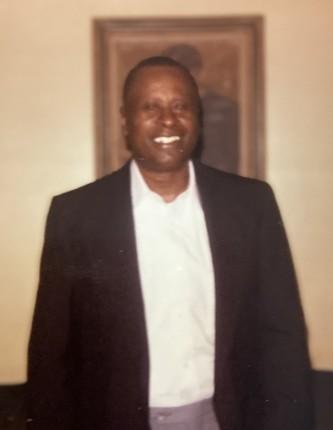 Levy Mayes was born on March 16, 1926, in West Point, Mississippi, to the late Willie Mae Goff and Johnson Mayes. He was the eldest of two sons. In 1945, Levy moved with his family to Ohio, and then to San Diego, California, in 1954. He met and married Lizzie Mae Mayes in the early fifties and raised both of his step children and later had three daughters from the union.

Levy worked as a Dispatcher for Teledyne Ryan Aeronautical for 38 years. Levy and Lizzie joined the Nation of Islam during the late sixties and early seventies. In the early years, Levy enjoyed going fishing.  During retirement, he worked part-time at the Del Mar Fair and later he traveled. Levy possessed a strong and compassionate spirit and was always available to lend a helping hand to anyone if he could. He always loved getting out and being amongst people.  He was always ready to talk to almost anyone.

Levy was preceded in death by his brother, James Mayes, and his wife, Lizzie Mae Mayes.

Levy departed this life on Wednesday, April 13, 2022. He is survived by his immediate family: three daughters Linda M. Mayes, Alena M. Mayes, and Aarlonda C. Mayes of San Diego, two step children: Regina A. Poe and her husband Loyis Poe of Glendale, Arizona, and Edward C Thompson of San Diego, California; grandchildren, great-grandchildren, and a host of other relatives and friends who are going to miss him.