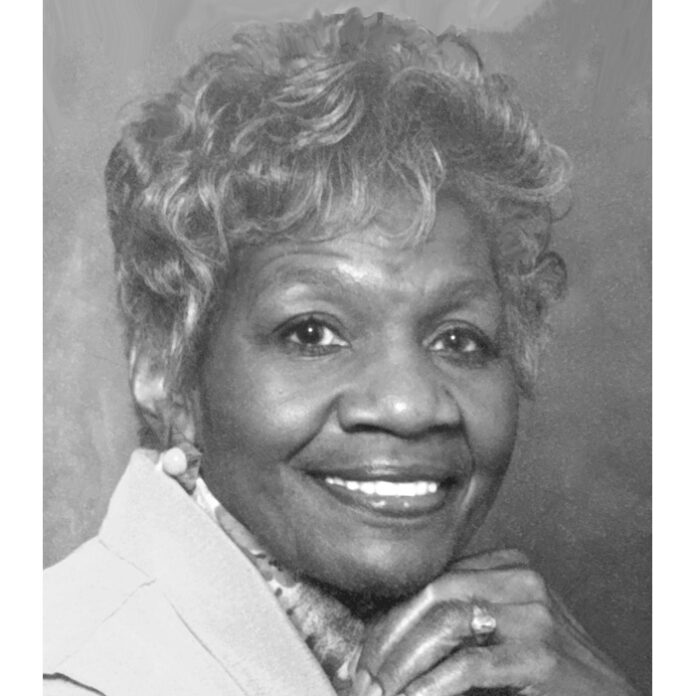 Loretta Young was born in Atlanta, Georgia, to Birdie Shy and Willie Young. She grew up attending Atlanta public schools. In 1946, Loretta, along with her family moved to Cleveland, OH. She continued her education in Cleveland public school.

Loretta enjoyed skating at the PLAYMOR skating rink. There she met and later married Albert Anderson, Jr. of the U.S. Air Force in February 1953. To this union four children were born.

Loretta accepted Christ at an early age in Georgia, she joined The Greater Abysinnia Baptist Church in Cleveland, and sang in the choir. She made sure her children had a Christian upbringing. She sent them to Sunday School every Sunday. Loretta enjoyed visiting her son’s church, The Greater Church of Jesus Christ, Apostolic Faith, Inc., in San Jose, CA. Loretta later joined Mt. Erie Baptist Church in San Diego, CA.

Loretta worked a variety of jobs, including the Cleveland Clinic, Federal Reserve Bank and The Cleveland Public School System.

After 28 years of marriage, Albert died. After her youngest daughter completed high school, Loretta moved to San Diego in 1984. She was proud of her two sons serving in the United States Navy. Loretta retired in 1996. Her mother Birdie moved to California, and Loretta served as caregiver until Birdie’s death in November 2002.

Loretta enjoyed spending holidays, picnics and vacations with family. She made sure that she attended all high school and college graduations, even if it meant traveling between Ohio and California in the same month. Loretta’s famous dishes will be missed. She shipped her cookies and pastries every Christmas to family.