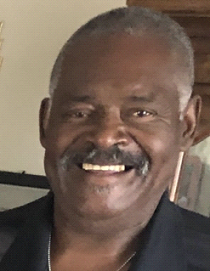 Reginald Doyle Robinson, lovingly known as “Reg” or “Big Reg”, was born on April 29, 1955, and went to rest eternally on January 1, 2022. Reg touched the lives of many in a special way in everyday conversation.

He played a variety of sports in his younger years, which included little league baseball, basketball (So Crest 18 and under City Champs 1973) and football. His high school football team, Patrick Henry, was runner up in 1971 at the CIF. They called him “Big Reg” because he was known to tackle hard.

Reg worked for the City of San Diego for 15 years where he served as a maintenance worker and a basketball coach at Encanto Recreation Center. He also worked for the San Diego Main Library, the Malcolm X Library, and the Martin Luther King Center. Reg also served in the capacity of a Caregiver for the elderly. He worked as a bus driver for the Metropolitan Transit System (MTS) Company. His most recent employment was that of a Security Guard for various security companies.

Reg was baptized at an early age at Mt. Zion Missionary Baptist Church under Dr. Caney B. Johnson. He was a member of their youth choir and served on their Junior Brotherhood. Most recently, he attended Gospel Center, COGIC under Superintendent (or Pastor) Sydney Buggs.

His father, James D. Robinson, preceded him in death.