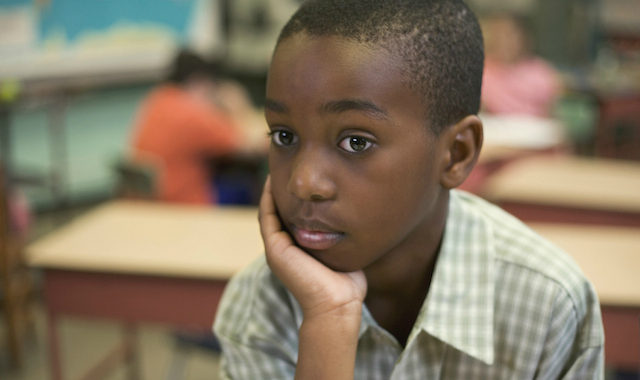 The suicide rate among black children has nearly doubled since the early 1990s, while the rate for white children has declined, a new study has found, an unusual pattern that seemed to suggest something troubling was happening among some of the nation’s most vulnerable citizens.

Suicide among children ages 5 to 11, the age range the study measured, is rare, and researchers had to blend several years of data to get reliable results. The findings, which measured the period from 1993 to 2012, were so surprising that researchers waited for an additional year of data to check them. The trend did not change.

Suicide rates are almost always lower among blacks than among whites of any age. But the study, published in the journal JAMA Pediatrics on Monday, found that the rate had risen so steeply among black children — to 2.54 from 1.36 per one million children — that it was substantially above the rate among white children by the end of the period. The rate for white children fell to 0.77 per million from 1.14.

It was the first time a national study found a higher suicide rate for blacks than for whites of any age group, researchers noted.

“I was shocked, I’ll be honest with you,” said Jeffrey Bridge, an epidemiologist at the Research Institute at Nationwide Children’s Hospital in Columbus, Ohio. “I looked at it and I thought, ‘Did we do the analysis correctly?’ I thought we had made a mistake.”