Home National Times are tough: #BlackBoyJoy apparel will brighten up your world 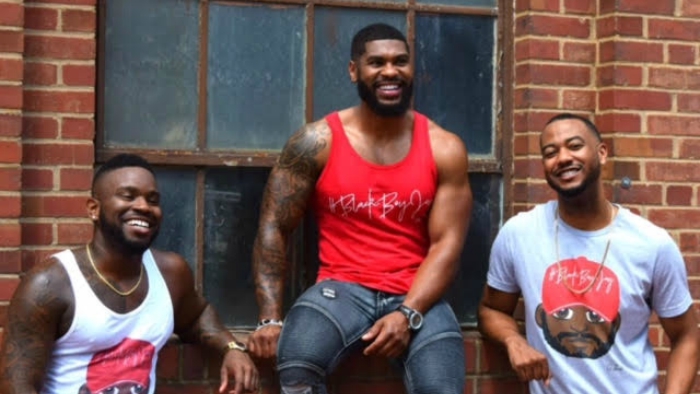 Make no mistake: White supremacy is as American as apple pie. That’s why it’s imperative to encourage black people to find their joy – this time by way of #BlackBoyJoy Apparel.

Though not a new phenomenon – in my lifetime at least – racism seems to be rearing its ugly head in indescribable ways. It certainly hasn’t grown worse since the 2016 presidential election, but it’s clear that the racist vitriol being accepted by white America has become un-hooded, less institutional, and manifests itself differently than in previous years.

To be clear, it isn’t that the acts of violence in Charlottesville, Va. on August 12 – killing Heather Heyer, Lt. H. Jay, Trooper Berke M.M. Bates, and severely injuring dozens, including Deandre Harris – are original , but combined with threats, a possible Nuclear War with North Korea, and the tragedy of Hurricane Harvey, it’s hard for black people to find joy.

I am exhausted with conversations on white supremacy and even more tired of educating people who harbor – and subsequently act on – these thoughts. It’s therefore important to pivot to black joy – a life-changing experience many of us don’t get a real chance to have. Black people across this country rarely get to operate within our own joy because intersecting systems of oppression can make it virtually impossible. Considering the glaring attacks on Black and Latinx communities, immigrant populations, LGBTQ individuals, young people, and women and girls, finding moments of joy and happiness almost feels selfish. It is not.

Orlando Dixon, former contestant on Season 4 of NBC TV’s The Voice, is on a mission to uplift and celebrate the lives of black boys and men. #BlackBoyJoy Apparel is the name of a new clothing brand he has created that seeks to highlight the black male experience in a positive light.

“I have always wanted to create art that speaks to the human condition,”Dixon told theGrio. “In the current racial, economic, and political climate we are experiencing, I want to empower and uplift the lives of black boys and men because so many of us are on the receiving end of racial injustice and oppression.”

#BlackBoyJoy is about pride, resilience, and rightfully challenging systems. Since 2015, young black men – Chance the Rapper, E.J. Johnson, Jaden Smith, and Odell Beckham Jr. among others – are unintentionally dismantling stereotypes of often contrived one-dimensionalities through #BlackBoyJoy. Black men – often confined by outdated ideas of masculinity, performance, and patriarchy – which show that we don’t have to be restrained by fragile masculinity is beautiful.

This apparel line underscores just that.

Dixon wanted a more nuanced representation of black men other than what he saw on television.

“I was tired of turning on the news seeing us be pulled over, having our human rights violated. I wanted more positive representations,” he noted. “Our experience isn’t always a negative experience – of course, we deal with things day-to-day, which much be addressed. But that isn’t our entire experience and I wanted to share that with other people.

For many, #BlackBoyJoy is more than a popular hashtag – it’s resistance, a necessary movement. It’s a collective that will allow black people to challenge the narrative of the community.

‘Like every other day’: 10 lives lost on a trip to the store